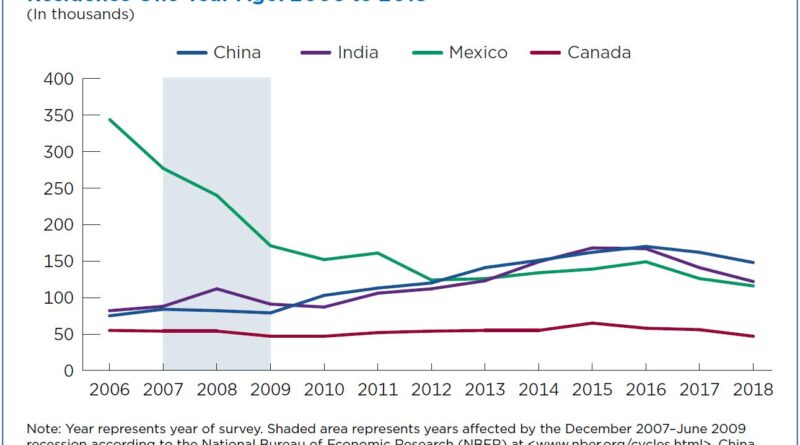 The United States has the most number of immigrants worldwide. More than 40 million people in the United States came from other countries. The immigrants in the U.S. are also diverse, made up of different ethnicity from all around the world. They account for around 14% of the U.S. population.

More than three-fourths of the immigrants are legally staying in the U.S., while almost 25% are undocumented and unaccounted for. The number of unauthorized immigrants in the country accounts for around 3% of the U.S. population. Immigrants also make up 17% of the workforce in the country.

Most of the immigrants in the U.S. come from Mexico, with around 11.2 million in total. They make up 25% of the total immigrant population in the U.S., followed by China and India at 6%, the Philippines at 4%, and El Salvador at 3%.

The Refugee Resettlement Program of 1980 has also brought in around 3 million refugees ever since. In 2019, around 30,000 refugees from Congo, Burma, Afghanistan, Ukraine, and Eritrea were settled in the country and given safe refuge.

Immigrants who wish to obtain U.S. citizenship can apply after meeting the requirements, such as being a lawful U.S. resident for at least five years. The process can be complicated, and an immigration lawyer can usually help make it smoother.

The State Of Immigration In The Past Years

America is a country of immigrants. Generally, Americans have a positive view when it comes to immigrants. Many Americans believe that immigrants contribute to strengthening the country and are good for the country’s growth.

America is a nation of hope and refuge for immigrants. However, the past years have been tough on them. Legal immigration was cut by half. A proclamation made in April 2020 suspended the entry of immigrants into the country, citing the Corona Virus pandemic as a national emergency that necessitated such decisions.

The proclamation stated that the country would bar the entry of immigrants who bring risks to the country’s recovery, as it tried to curb the spread of the Corona Virus. It aimed to ensure that resources are preserved for U.S. citizens as local unemployment became widespread. Since legal immigrants with the right documents can apply for jobs once granted entry into the country, the previous administration saw this as putting the unemployed Americans in an even more disadvantaged state.

The move mostly has put refugees at risk and prevented employers from hiring highly-skilled foreign nationals. It also prevented Americans from living with their spouses and children.

Refugees were also being deported despite the danger that awaited them in their home country. Around 24,000 Venezuelans faced the threat of removal as of December 2019 due to stricter asylum standards.

What The New Administration Has In Store For Immigrants

After being sworn in as the 46th President of the United States of America, President Joe Biden made some changes to the immigration policies set forth by the previous administration.

The new president, with the aid of executive actions, focused on the following:

Biden also plans to increase the yearly ceiling for refugees to be allowed in the country to 125,000. Biden’s Immigration Reform Bill also seeks to provide undocumented immigrants an 8-year pathway to earn their citizenship. Undocumented immigrants may be allowed to apply for temporary legal status. They can then apply for their green cards after five years once they pass the necessary checks and have paid their taxes.

The bill also aims to keep families together, as they should be. The bill will eliminate the so-called three and ten-year bars and implement a No Ban Act to avoid religious and racial discrimination. It will also strengthen the immigration courts to protect the most vulnerable of individuals. Lastly, the bill will support those who seek refuge and asylum in the United States.

Of course, to change everything that the Trump administration has started would take months. But hope is on the horizon. Border officials are set to begin processing asylum seekers as early as next week. With the United Nations’ aid, asylum seekers will be given a medical screening that includes Corona Virus testing before they will be processed for shelter and transport.

There is still a long way to go to undo what has been done, but things are beginning to look bright and hopeful.

Meta title: How The Current Administration Will Affect The State Of Immigration

Meta desc: America is a land of immigrants, where people from all races and nationalities come together and work in harmony. Many people see America as a land of hope and freedom where they can finally be free from political injustices. 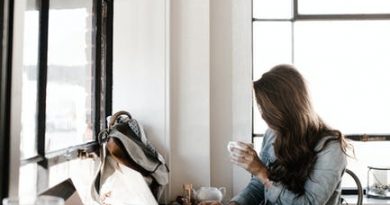 Work in Your PJs: 7 Remote Work Trends to Inspire the Future 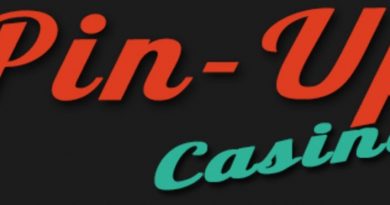